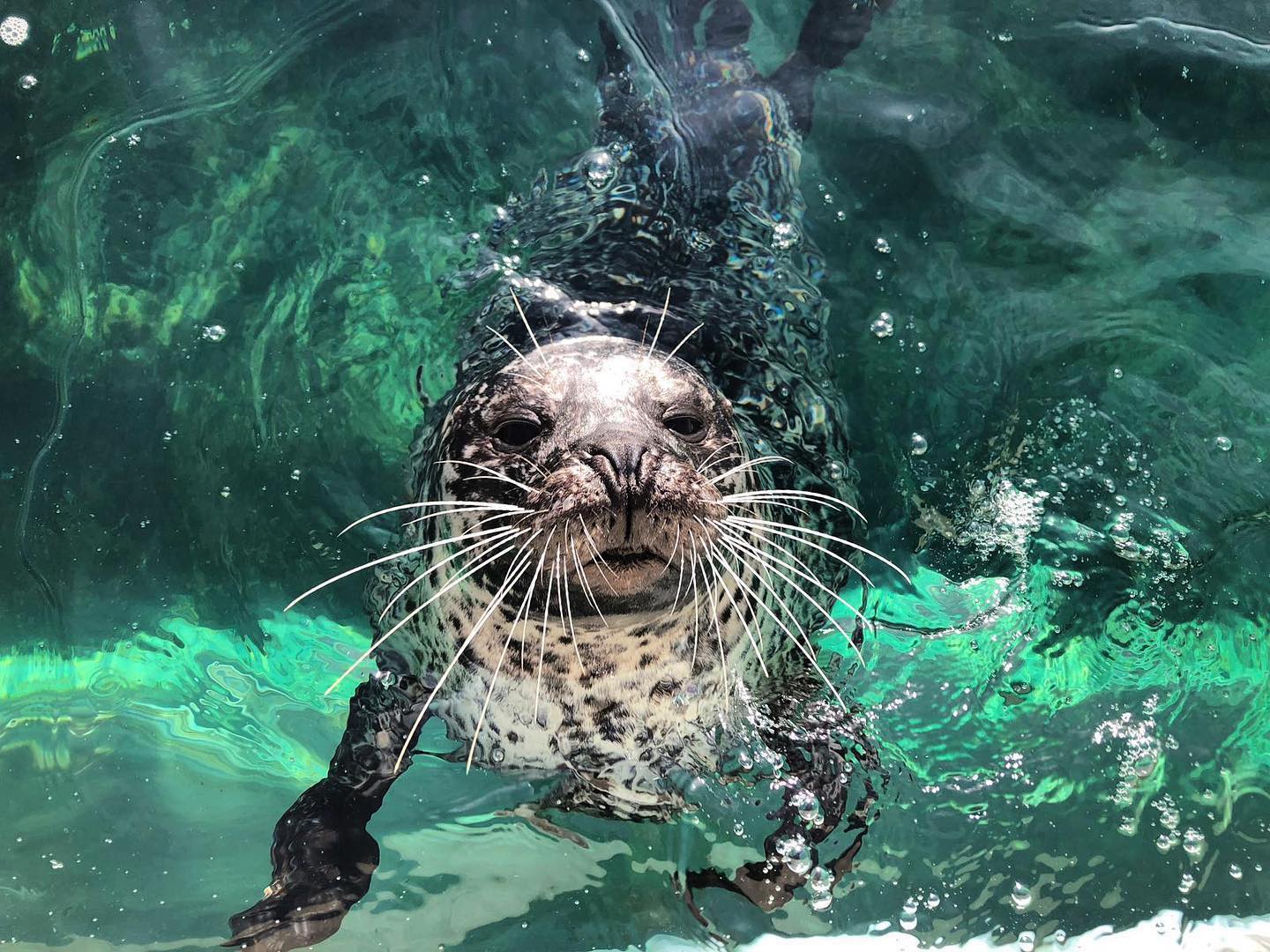 How Seals Have Evolved Over Time to Survive in The Wild

After whales, seals make up the second most numerous group of marine mammals – 35 species of seal can be found throughout the world’s oceans and in several freshwater lakes. And, though we know seals for their cute, charming appeal, they didn’t survive and get where they are today based on their reputation for being adorable alone.

From their eyesight and diving abilities to how they regulate body temperature, seals have undergone centuries of evolution and adaptation to thrive in the wild. Looking to learn how this happened? You’re in the right place! Here, we’ll take a look at the origins and evolution of seals, introducing the species they evolved from and detail how they adapted over time to survive in their surroundings.

Where did seals evolve from?

Also known as pinnipeds, a term that includes sea lions and walruses; scientific research agrees that pinnipeds belong to the Arctoidea, a group of carnivores that contains bears, weasels and raccoons. That means that seals have more in common with bears than they do whales and dolphins, with some evidence showing that bears are seals’ closest living relatives.

In 2007, the discovery of a new fossil called Puijila helps reveal more about the seal’s origin. Puijila is said to have resembled a large otter, but was actually, a walking seal. While it isn’t a direct ancestor, it does let us see what the earliest stages of seal evolution looked like before they had the distinctive flippers of today’s seals.

Puijila was said to be over a metre in length and had a long tail, with four short but strong legs. Though its skeleton resembles a modern otter’s, the shape of its skull and teeth are tell-tale signs of a seal.

The discovery of the fossil also indicates where the earliest seals may have evolved. Puijila probably wouldn’t have been suited to life at sea, and more likely lived and hunted in freshwater. This suggests that seals may have made the transition from land to sea via rivers and lakes. Puijila lived in the Arctic 23 million years ago when the region was cool and temperate, the frozen freshwater lakes of winter may have driven them to more coastal environments. This would have allowed them to hunt even when winter was at its coldest.

How did seals adapt to survive in the wild?

Seals have to be streamlined in order to move through water without resistance or ‘drag’. That means that external features and limbs are mostly absent; its ear flaps are internal, and any appendages are either reduced or withdrawn into the body.

Seals have large eyes with spherical lenses that let them see underwater when it’s dark, an adaptation that allowed seals to hunt and survive over time. The surface of the lenses, or the cornea, gradually increased in strength too, further improving its focus when underwater. The lining of the eye (the retina) also allows seals to adapt to dim light in the depths of the ocean. Meanwhile, to withstand the glare of the sun reflecting off water and ice, seals developed a mobile pupil as well as a special membrane that covers their eyes when swimming underwater.

Without these features, seals would not be able to navigate waters while hunting or escaping from predators.

On land, seals are a little slow and clumsy. But in the water, their swift, agile movements make them well-suited to tracking down prey, with special teeth that evolved to optimise how they eat. Seal’s molars became cusp-shaped over time, allowing them to easily filter krill into their mouth and remove water before swallowing. Their other teeth are known for their sharpness, making light work of fish by catching and cutting them into smaller chunks.

Built up over time, their muscular fore and hind flippers propel them through water. Specifically, the hind flippers lash at the water in a fish-like manner, with toes spread out like a web. A seal’s front flippers, meanwhile, allow for brief, powerful bursts of acceleration when needed. Together, both sets of flippers help to steer, with the front set also used to keep them stable when stationary.

Seals also come with their own in-built diving equipment; certain species such as the Weddell seal carry almost twice the amount of oxygen that humans carry, enabling them to stay underwater for around 10-15 minutes. Seals’ recovery time from diving for this amount of time is pretty quick too, and it’s not long before they’re able to dive again. When they are submerged, seals are able to blow bubbles which scare out fish, letting them know where their next meal might be.

Seals can regulate their body temperature in a few different ways. When they’re cold, they rely on a thick layer of blubber, which is essentially fat between the muscle and skin, to keep their organs insulated. This also gives their bodies a smooth outline, which further reduces the drag that we mentioned earlier. In younger seals that can’t yet produce blubber, their skin is kept warm by a layer of water-repellent fur. This remains the primary insulator until they grow the fat layer.

Adult seals can easily damage their skin from constantly swimming. Since their skin is needed to stay warm, adult seals evolved to shed their skin, growing a new later to prevent hypothermia.

In order to replace their skin, as well as to give birth and suckle their young, seals have to come ashore. However, when they’re on land, seals aren’t as graceful or agile as they are in the sea. Nevertheless, they adapted to move on land by keeping their hind flippers clear of the ground, which then allows them to ‘hump’ forwards on their chest and hindquarters, creating a distinctive ‘boingy’ motion.

We hope you’ve enjoyed learning about the evolution of seals! If you’d like to meet Tynemouth Aquarium’s very own pinnipeds, we’re open to the public 7 days a week from 10am to 5pm. Tickets can be purchased online in advance at a discounted rate here or simply purchased on arrival.