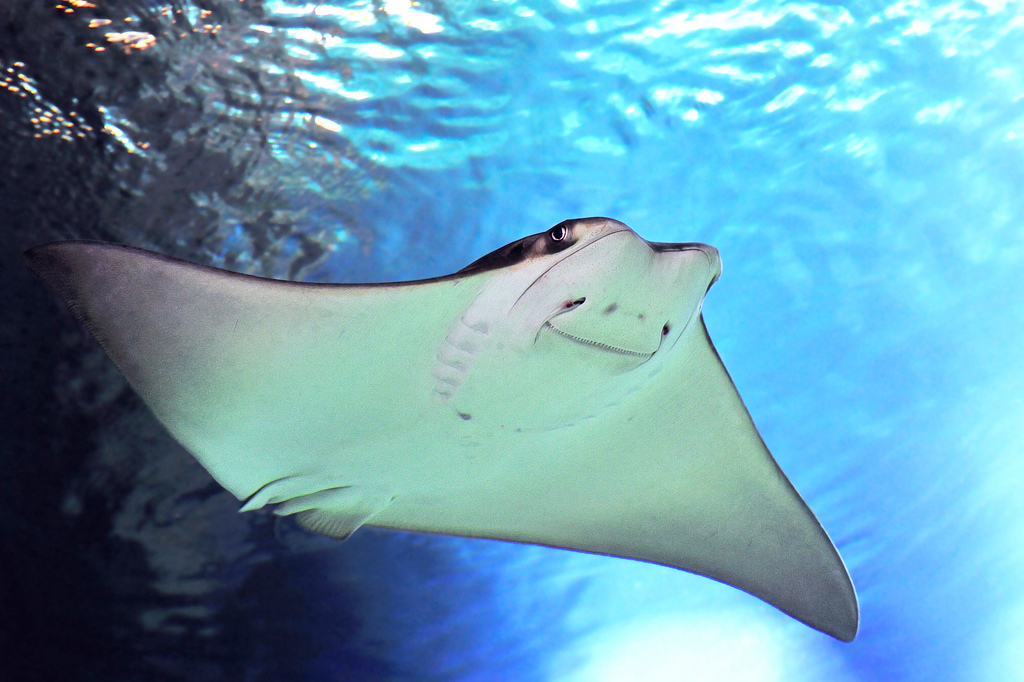 7 Things You Need to Know About Rays

Rays (Batoidea) have existed for around 150 million years, and their venom remains deadly even after it leaves their bodies – although they mainly use this to defend themselves. But, that’s not the only thing that’s incredible about rays. Find out more facts about these wonderful creatures.

Think sharks are the most agile creatures in the ocean? They’ve got some fierce competition from their close relatives the rays! Rays can use their senses to search for prey and detect predators just as deftly as sharks do. Highly sensitive gel-filled pockets on their faces allow them to pick up electrical signals from other animals, which are naturally emitted when those other animals move. This is particularly useful when rays are swimming at low depths, as their eyesight is poor in the dark.

You wouldn’t keep one in a tank at home, but rays are part of the fish family, just like your pet goldfish! There are over 600 ray species in total, and they all belong to a group of fish called the Elasmobranchii (they are referred to as elasmobranchs), along with sharks and skates. Rays have flattened bodies, up to seven gills, a motionless upper jaw, and teeth-like scales that function like a suit of armour when they’re under attack.

They’ve Been Around for a Long Time

Archeologists have found ray fossils that date back to approximately 150 million years ago! Despite being around for such a long time, many rays are under threat. Overfishing, climate change, and the destruction of natural habitats have put countless species at risk. Sadly, 30% of rays, skates, and sharks are at risk of extinction, making marine conservation efforts even more vital now than ever before.

They Come in All Shapes and Sizes

Some rays are tiny! Short-nosed electric rays grow to just 10cm in length and they only weigh about 400g. But in contrast, oceanic manta rays usually weigh 2,000kg when they’re fully grown, and their wingspan can reach 7m!

In March 2015, a giant 4m-long (from tip to tail) freshwater stingray (Himantura chaophraya) was discovered in the Mae Klong River in Thailand, making it one of the largest freshwater fish ever recorded!

Camouflage Is Definitely Their Thing

Their sandy, mottled skin allows them to hide on the seabed until a tasty meal comes along! They love to eat crustaceans, small fish, snails, clams, shrimp, and other small creatures that live close to the ocean floor. Their camouflaged skin also helps to hide them from predators, like sharks and killer whales. To add a little extra protection, rays bury themselves in the sand that rests on the seabed, so it’s less likely that predators will detect them.

Just like sharks, stingrays have a bad reputation in films and other media. Their large stings can make them seem intimidating, too. But they will only attack humans if they feel threatened. If you’re lucky enough to go diving with stingrays anytime soon, just give them space and try not to block their path. Most rays are rather friendly and will swim in front of humans peacefully, so you can relax and watch them glide past.

Their Venom Is Amazing

Did you know that stingray venom was used as anesthetic? In Ancient Greece, dentists and doctors would extract venom from stingray spines and inject it into their patients to numb the areas in question before operations. Who knew they were so amazing?!

From stingrays and tropical fish to otters and seals, we look after so many different creatures here at Blue Reef Tynemouth. When we’re not busy taking care of our animals, we’re putting on seal shows, giving educational talks, and speaking to school groups about conservation.

To learn all about the wonderful creatures in our aquarium, plan your next visit to meet our fishy friends, or discover more on our blog.