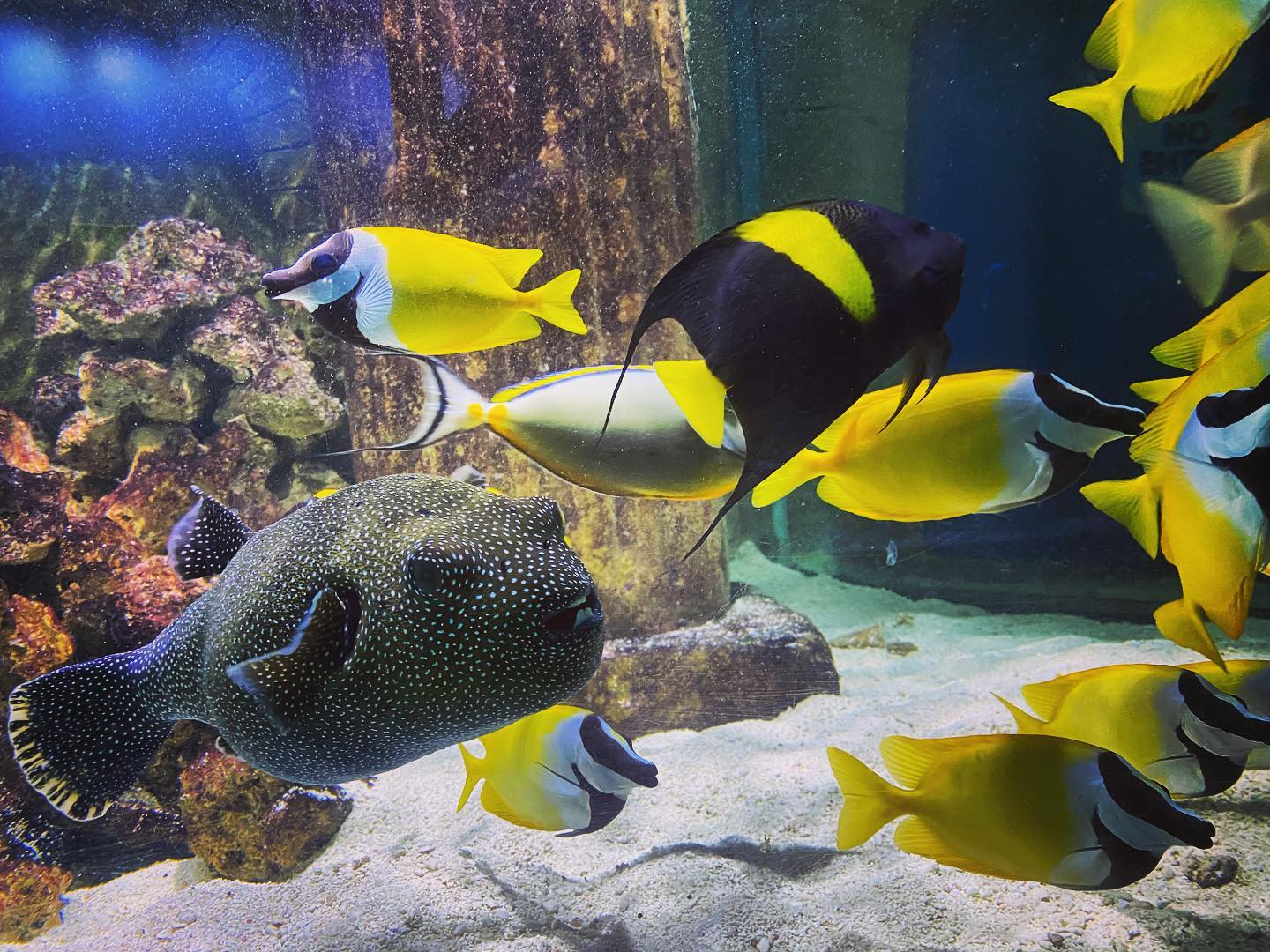 Everyone walks away from our Tropical Seas feeling like they just gotten off the plane in the Caribbean. Maybe it is because we associated them with stunning beach holidays on beautiful islands, lazing in the sun surrounded by white sands and colourful marine life. Tropical oceans surround the Earth in what is known as an equatorial band between the Tropic of Cancer (23.5° North latitude) and the Tropic of Capricorn (23.5° South latitude).This belt contains sections of the Pacific and Atlantic Oceans as well as the majority of the Indian Ocean.

Tropical Seas are most known for their Coral reefs which provide a rich ecosystem for marine life, offering food and shelter among their crevices and branches for animals including fishes, molluscs, sea urchins and sponges. Although Coral reefs occupy less than 1% of the surface area of the world oceans, yet they provide a home for 25% of all marine fish species. These reefs are dependant on sunlight to allow for them to grow and flourish best in warm clear water. A variety of fish depend on corals as a home to remain hidden from larger predators that patrol the tropical seas such large sharks.

Although thriving in warm waters global warming is having a damaging effect of coral reefs the water temperatures are rising too high. The changing temperatures cause the coral to dispose the algae (zooxanthellae) living in their tissues causing the coral to turn completely white. Although the coral does not die from this it can make it more difficult for them to reproduce and grow. This phenomenon is called coral bleaching and it is important for us to reduce our carbon footprint to protect all these colourful fish who call coral reefs home.