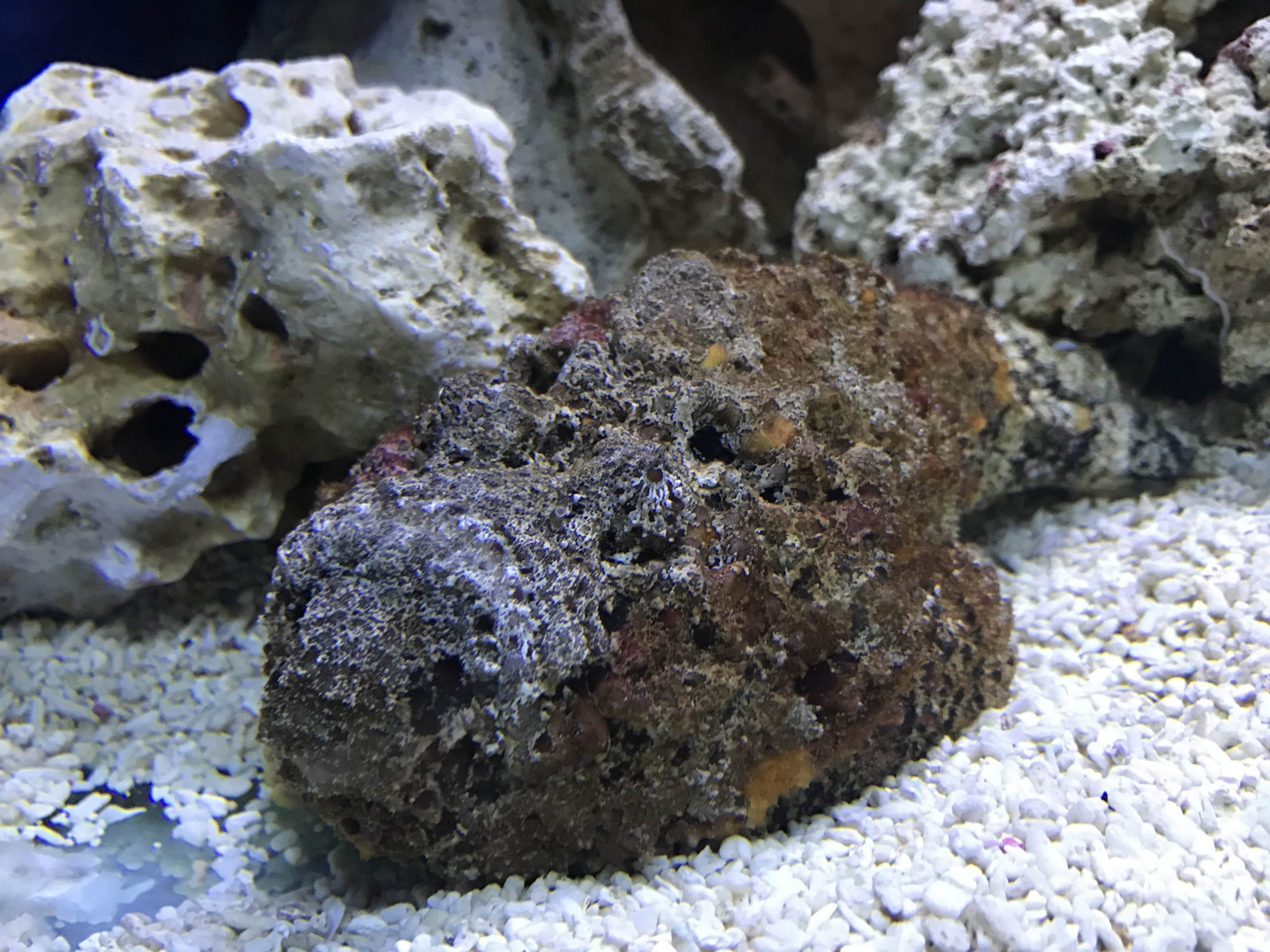 Australia is home to some of the most deadly animals on earth and their waters aren’t much safer as this is where you can find the Stonefish. Blending in with the sea bed you wouldn’t even know they are a fish as they look just the surrounding rocks which makes them even more dangerous. They are the most venomous fish in the world and are toxic enough to kill a human. Apart from Australia Stonefish are also commonly found in the Indo-Pacific Ocean, from the Red Sea and East Africa to French Polynesia.

Their skin is very different to most fish as they are scaleless and are instead covered with nodules and bumps. It is most commonly brown or grey however some have patches of orange, red, or yellow. It is often covered with clumps of algae so really difficult to see what patterns and colouration belongs to them and which is formed by the algae. They have a large upturned mouth similar to the pufferfish family. However the reason they live in the Danger Zone is because they have twelve to fourteen needle-sharp, dorsal spines with a venom sac at the bottom of each of spine.

They tend to be a very solitary fish which and live alone with the exception of mating season. To successfully hunt alone they have become very effective ambush predators using their pectoral fins to help cover them with sand and blend in with the rocks they can seem unthreatening to nearby fish. Once they have a target in their sights they pounce using their large mouth to suck in their prey. During the day they remain hidden within the sand and at night is when they become more mobile which makes a late night dip a very risky activity.