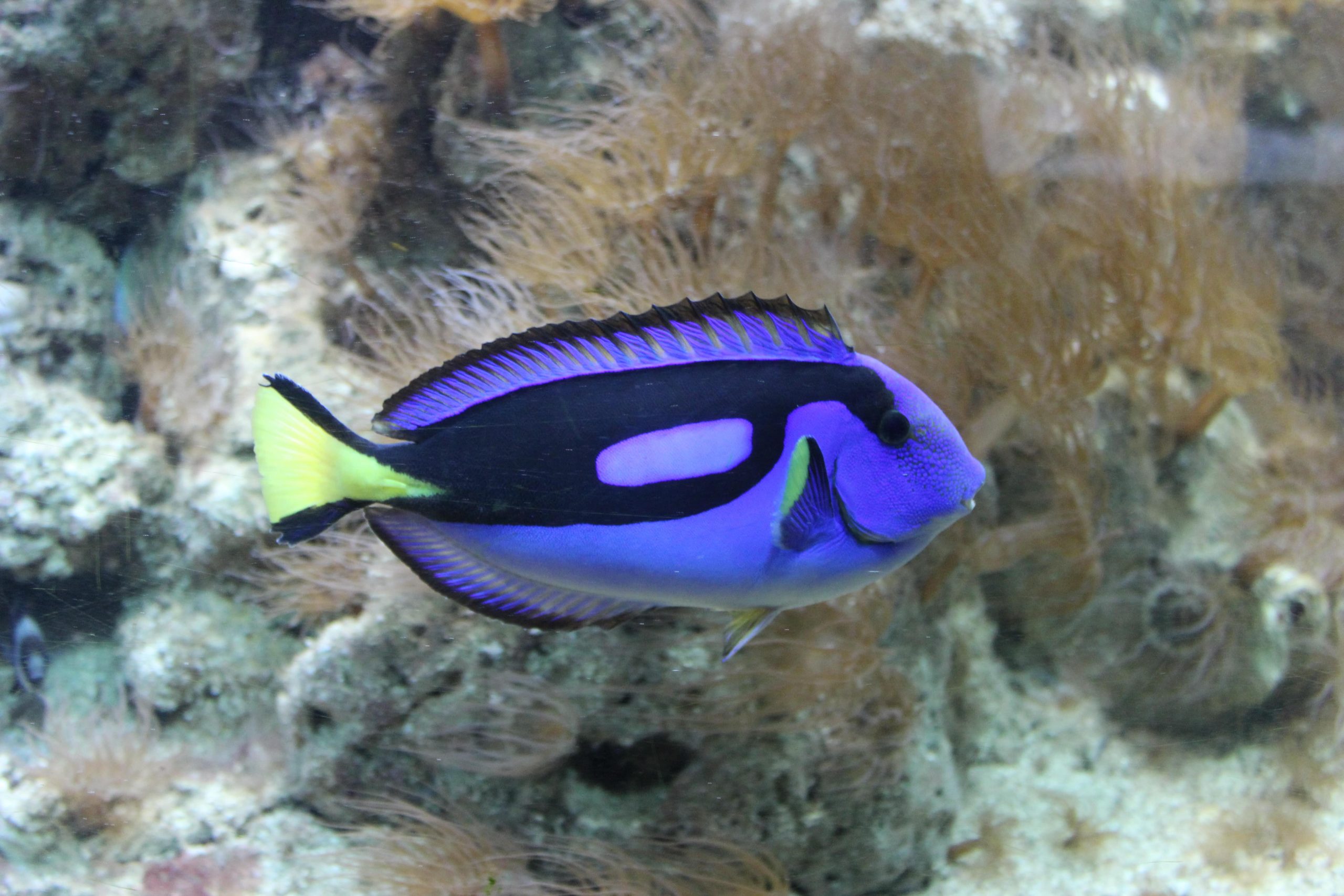 The Regal Tang is one of the most famous fish in the world however unlike the clownfish very few people even know their correct name as they are most commonly referred to as Dory fish named after the loveable scatterbrain from ‘Finding Nemo’ before starring in their own film Finding Dory. These colourful fish can be found in the Pacific and Indian Ocean and will tend to live in coral reefs near the coast which offer plenty places for them to hide within.

Juvenile Regal Tangs are actually yellow with only a hint of blue at the end of their fins but as they develop into adults their colour begins to change giving them the strong blue bodies that they are known for.  They also have very sharp teeth to allow them to pull algae from coral which makes up the majority of their diet. These are an important animal for the lifespan of a coral reef as they help to keep it clean from intrusive algae.

Similar to Dory the Regal Tang is a very sociable fish and will often buddy up with another Regal Tang or a school of them. They are know to befriend other species of tangs. Reefs are often subject to attacks from a variety of predators but unlike many fish who try to hide or outswim a predator the Regal Tang plays dead to seem less appealing to these predators who mainly dine on live fish. Regal Tangs will lay up to 40,000 eggs and although they are very social fish they will never care for their young as the breeding pair will swim off and leave the eggs unprotected.