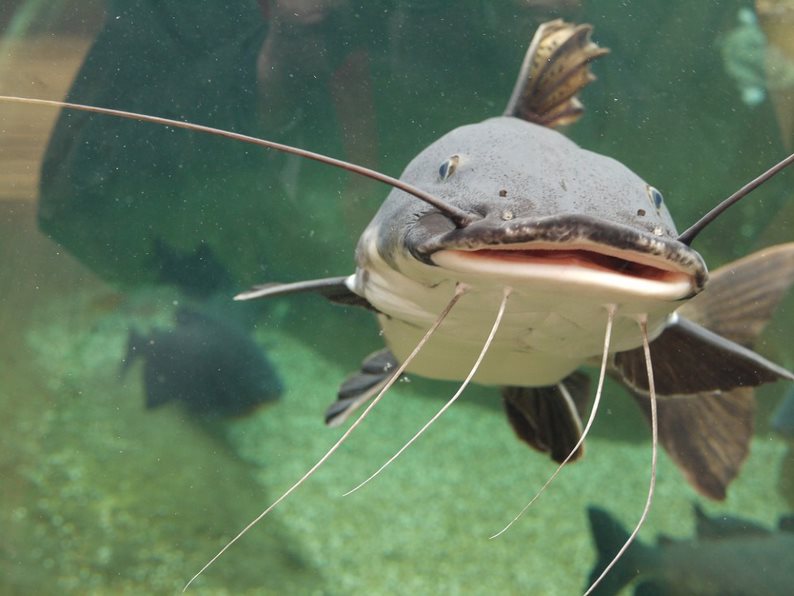 Red Tailed Catfish originated in the many streams and rivers which make up the Amazon, Orinoco and Essequibo river basins. Not to long ago you would be able to buy these fish in pet shops however these were only babies and would soon grow 1.5m long with most needed rehomed as their owners didn’t have a tank big enough. Due to increase awareness of big fish this is much less of an issue however people must be wary when buying fish to check how big they can grow. A lot of our River Giants are successfully rehomed animals.

They prefer to hunt during the night as their sense of smell allows them to have the advantage over prey and will often stay motionless on the river bed during the day.. They communicate by making a clicking sound to warn others of potential danger and fend off predators. Brazilian natives tend to eat most Amazonian fish however red tailed catfish meat is black in colour which stops them looking edible so are mostly left alone by fishermen.