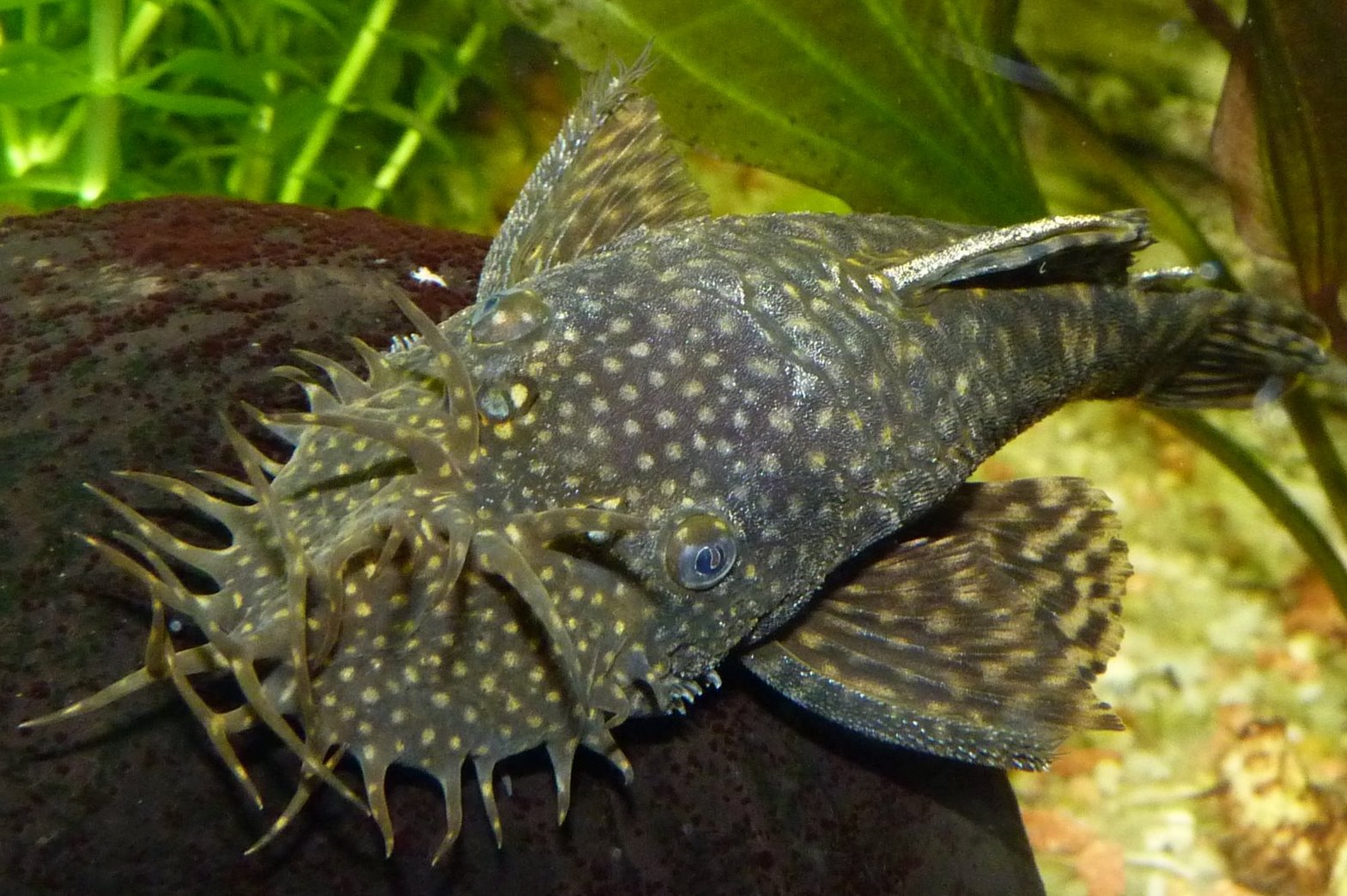 Plecs can be found throughout the rivers of Central and South America in a variety of river types. They have adapted to survive in both fresh and brackish water as well as a variety of different temperatures. Although most commonly found in South America due to their popularity with fish keeping hobbyists their population has increased in Central America as some are released into the wild.

Although a member of the catfish family the Plecs are much smaller than the other catfish that can be found in Tynemouth Aquarium. They are easily identified as their mouth looks similar to a suction cup and can often be seen pressed up against the glass. Their bodies are quite long and flat covered in a dark coloured tile pattern.

Plecs have a number of different adaptations which have made them become a very sturdy fish. They breath through their skin and have the ability to store air. They can survive almost 20 hours out of water which allows them to move into different rivers that may be more favourable. Unlike our other catfish their scales are bony which give them a hard armour like exterior. Although Famous for eating algae these fish are omnivores who will eat a variety of invertebrates as well.