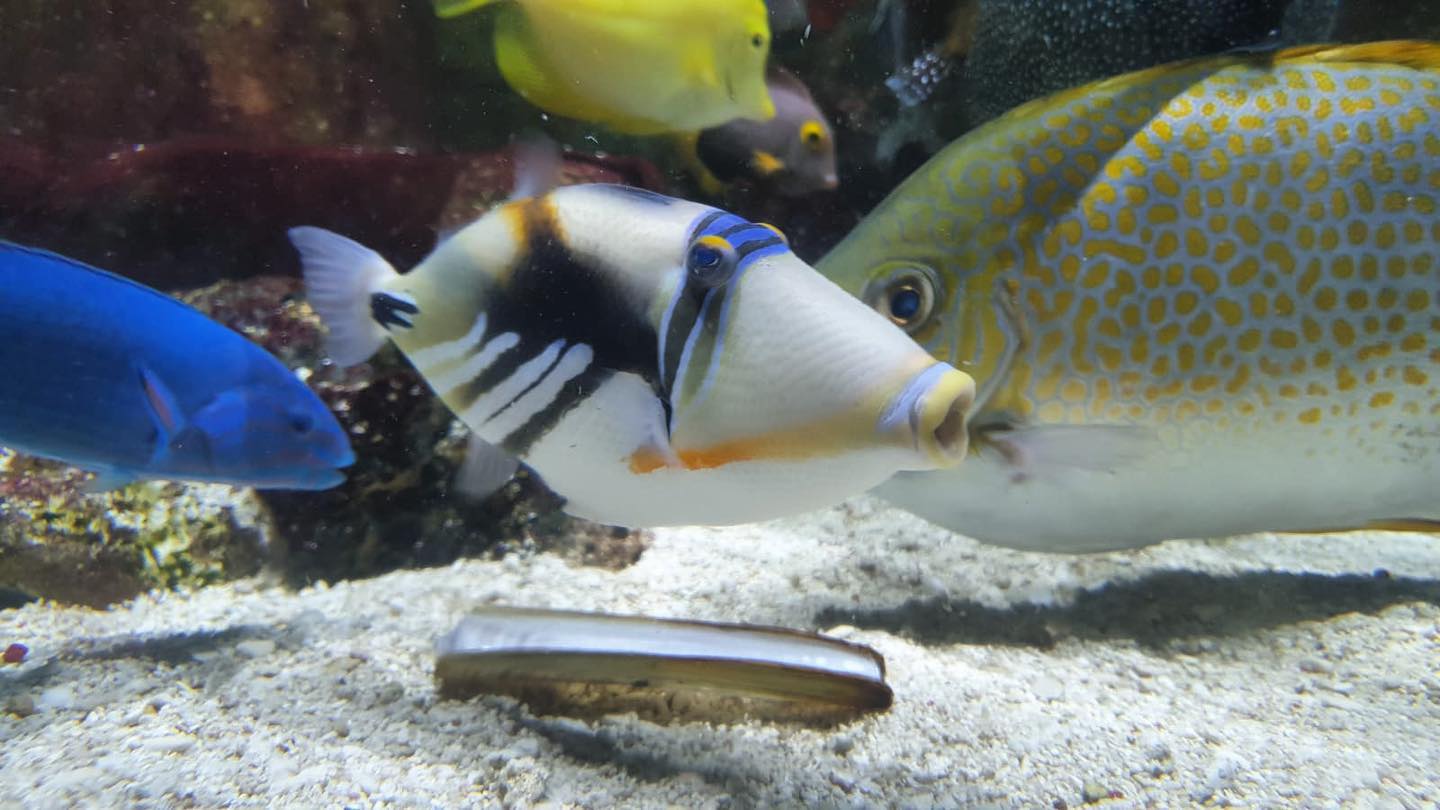 Picasso Triggerfish are found in the India and Pacific Ocean as well as the Red Sea with high volumes commonly found around the coast of Hawaii. They actively swim around shallow coastal waters that are full of corals that allow them to hide from any larger predators. Once they have found a suitable spot they become very territorial and will attack any fish or even divers that come into their space.

The Picasso Triggerfish is a beautiful animal which is why it has become so popular throughout the aquarium and pet shop trade. They are covered in a variety of bright colours most notably the long yellow mouth stripe which makes this fish look like it is smiling as well as three blue bands that reflect in the light. These beautiful colours are why the fish was named after famous Spanish artists Pablo Picasso.

When it comes to mating their territorial behaviour becomes even more extreme. A male fish will establish their territory which will be occupied by some female triggerfish. Within this territory the females will create their own space where they will burrow an area to lay their spawn. Their territory is very important to these fish and will use their sharp teeth to remove any plants and rocks that is causing them disruption.