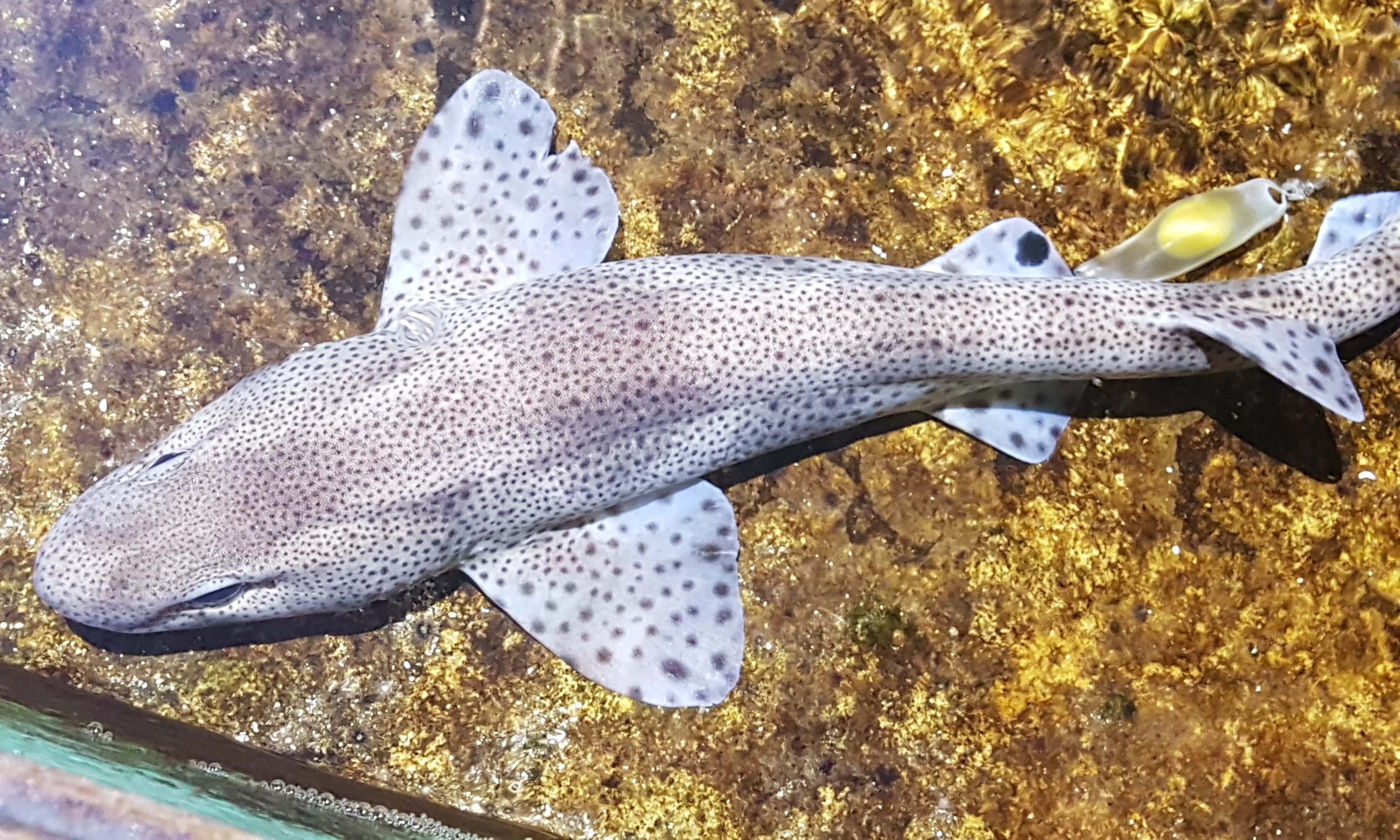 The Lesser Spotted Catshark can be found in the Atlantic Ocean and Mediterranean Sea with a strong population found around the British Isles. In fact this is the most common shark found in the UK waters. Although most common you may find it very difficult to spot these small sharks as they spend a lot of time on the ocean bed and blend in with the sandy bottom.

The Lesser spotted catshark can be identified by it’s rounded snout and blunt head along with its very slender body. The key for these animals being classified as sharks is that they have five sets of gills, two of theses sets overlap with the pectoral fins. The top of this shark is a light brown covered with darker coloured spots and their bottom half is completely cream coloured.

Unlike most animals the two different genders of catshark prefer to live in different types of environments although both being nocturnal. Females feel most comfortable hidden away in rocks whereas male catsharks are most comfortable lying out in the open water on the sea bed. They can find most of their food near the bottom of the sea as they eat crustaceans and smaller fish however due to their small size risk being eaten by many predators. They have adapted to help fend of predators by curling up in a doughnut shape to appear bigger and their tough skin is like sandpaper which makes can scare off some animals as their skin is so rough.