Harbour Seals also known as Common Seals members of the pinniped family and are found around coastal waters of the Pacific and Atlantic Ocean, The Northern part of these oceans offers the cold temperate temperatures where these animals are most comfortable. They may be called common seals however this species are in fact that are more rare than grey seals that are often found around the UK. The best way to identify between the two species is, harbour seals are smaller in size and have a shorter head with a more concave forehead. Common seals also have V-shaped nostrils. They can range in colour but the majority are grey with dark spots. In the wild there have been sightings of blonde and black harbour seals.

Harbour seals are often viewed as top hunters and with their huge size they don’t have many natural predators. Their biggest threat is from killer whales who hide in deep water where it’s too dark for most creatures to see, then they propel themselves to the waters surface, hitting seals with huge force and making a meal of them.. Seals need to be cautious when swimming as this is when they are most at risk. To allow them to check what is underneath them seals will often swim on their backs and flip around in the water to scan their surroundings. Swimming upside down like this also allows seals to look for the tasty fish and crustaceans they like to eat.

Carrying their large bodies around can be tiring work so seals need plenty of rest to help build up energy. They gather is large groups on rocky shores to nap , or can even take a nap in the water. They sleep in the water by submerging their bodies under the surface, but they keep their heads in the air so they can breathe. These seals are able to keep warm in the water as they have a thick layer of blubber under their skin which helps to insolate their bodies.

It is common to find seal pups around Tynemouth especially just after mating season however we try and encourage these animals are left alone no matter how cute they may be. They can be dangerous with their sharp teeth and claws. Seal mothers also place high importance on smell and if their seal pup has come into contact with humans or their pets this might cause the mother to abandon the pup which will be left to fend for itself. 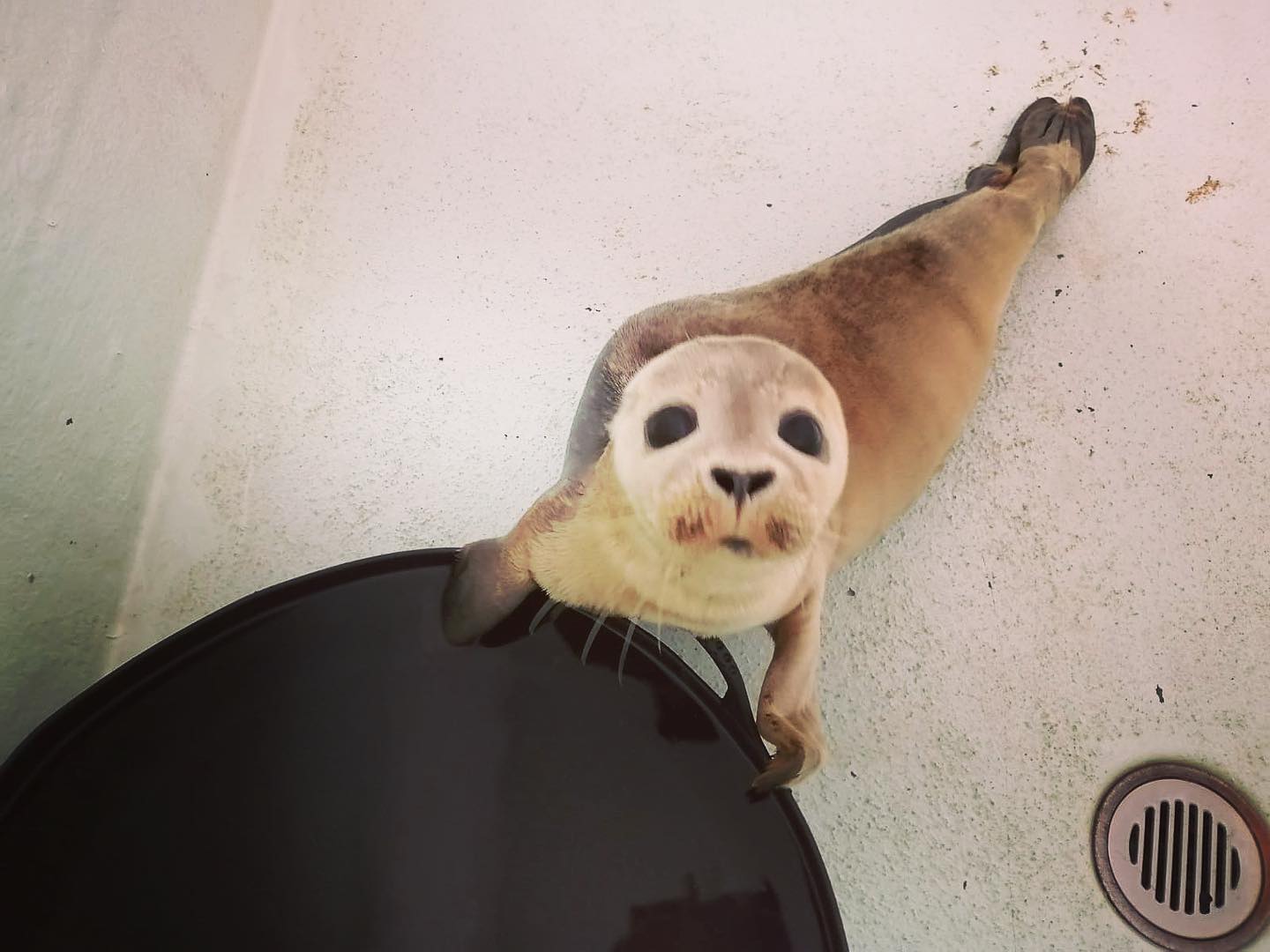 Discover what we do in our Seal Hospital to nurse injured and abandoned pups back to health to release back into the wild!