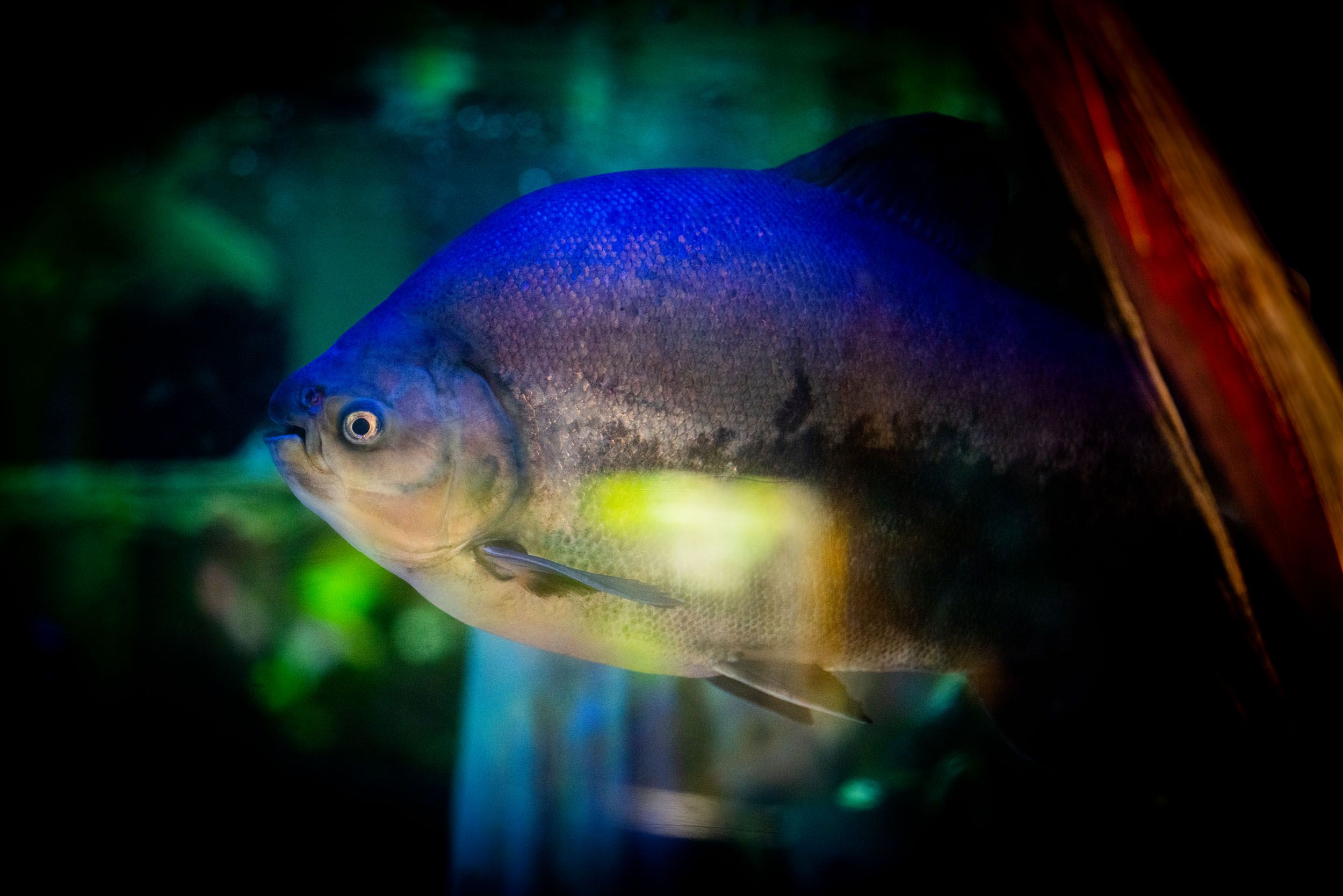 The Giant Pacu also known as the Tambaqui are found throughout much of the Amazon and Orinoco River basins in South America. New Guinea introduced these fish as food source in 1994 to the Sepik River, and in 1997 to the Ramu River. Since then they have been widely introduced to South American countries such as Bolivia, Peru, Colombia, Brazil, and Venezuela; in Central America including Cuba, Dominican Republic, Honduras, Jamaica, and Panama; and the United States of North America.

Although the Giant Pacu just looks like a much bigger and scarier piranha they actually have the complete opposite diet and have developed totally different teeth. Pacus have square teeth which are incredibly similar to the teeth of a human whereas the piranhas have very sharp spiky teeth. Unlike piranhas who tear apart skin and flesh the Pacu sticks to tearing apart plants and leaves. As juveniles they live in the murky waters of flood plains, feeding on insects, snails, and decaying plant matter. Adults remain a solitary fish and move to the flooded forest areas for the initial few months of the flood season, and feed on fruits and grains.

Similar to the some of our other River Giants, these fish tend to be purchased for home aquariums before outgrowing their tanks and needing rehomed with many other Aquariums such as Tynemouth Aquarium adopting them. It is amazing when looking at our River Giants exhibit to imagine the size of tank you would need in your home to give these monstrous fish the space they need.