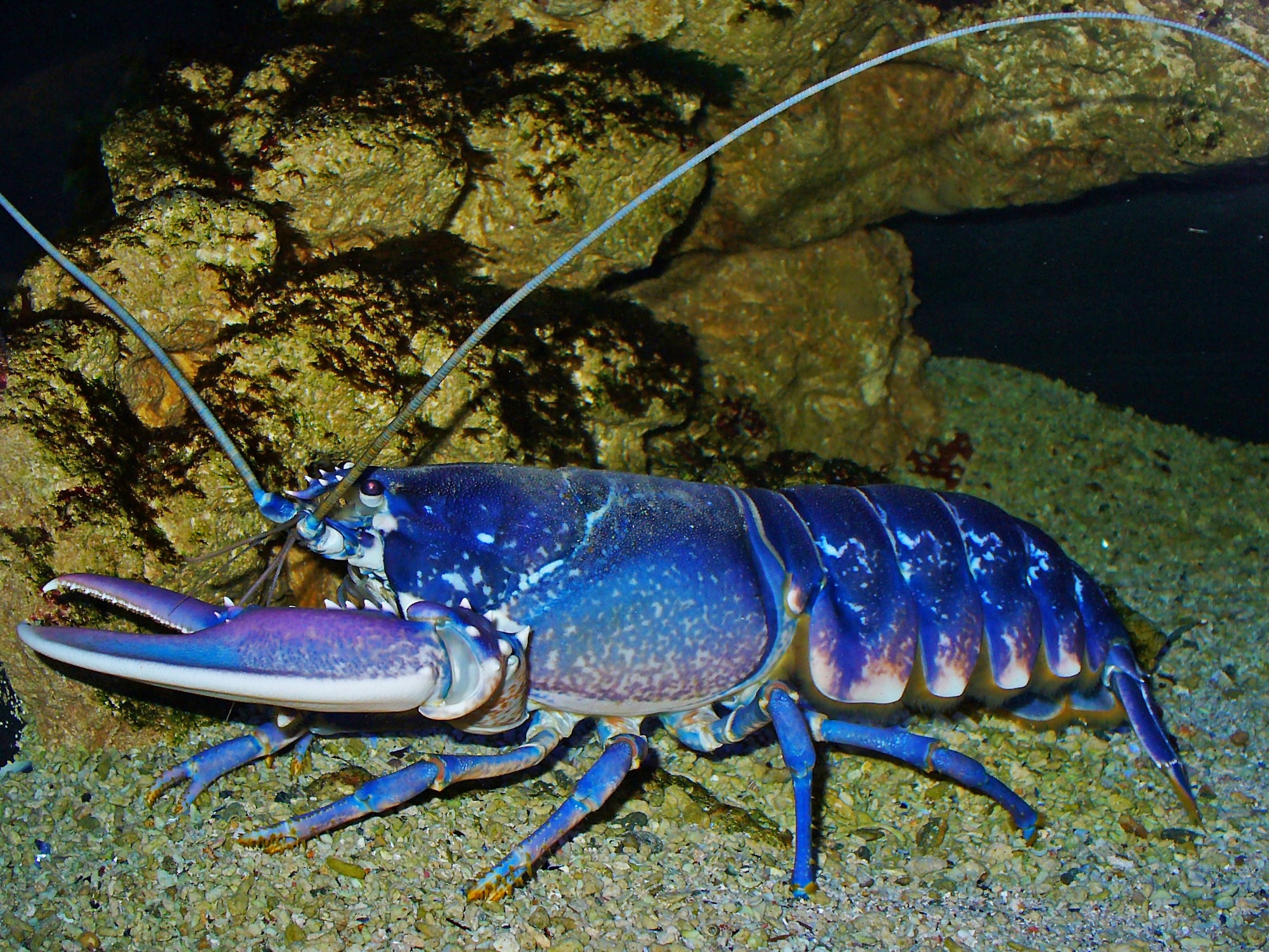 European lobsters are found all around the UK as well as the Black Sea and Mediterranean in relatively shallow waters where the sea med is rocky and muddy. Although a failed introduction attempt was made in the early 20th century European lobsters have not been found anywhere else in the world.

Lobsters are often shown as red creatures however this colouring only happens when they are cooked as this breaks down the protein. In live lobsters the exoskeleton is actually blue with the ends of their claws becoming a more pinkish colour. Their claws are asymmetrical which have two very different purposes. The crusher claw is very strong and can crush hard shelled crustaceans and the cutter claw has a sharp inner edge which they use to shred up softer prey.

Female lobster moult in the summer which is where their shell becomes softened and this is also the time when they carry their eggs which can last up to twelve months. When the eggs hatch it is always at night and the larvae will swim to the surface and be pushed away by the current. For safety they bury into the sand and will not resurface until they are an adult which has meant that there is very little known about juvenile lobsters and they have very rarely ever been seen.