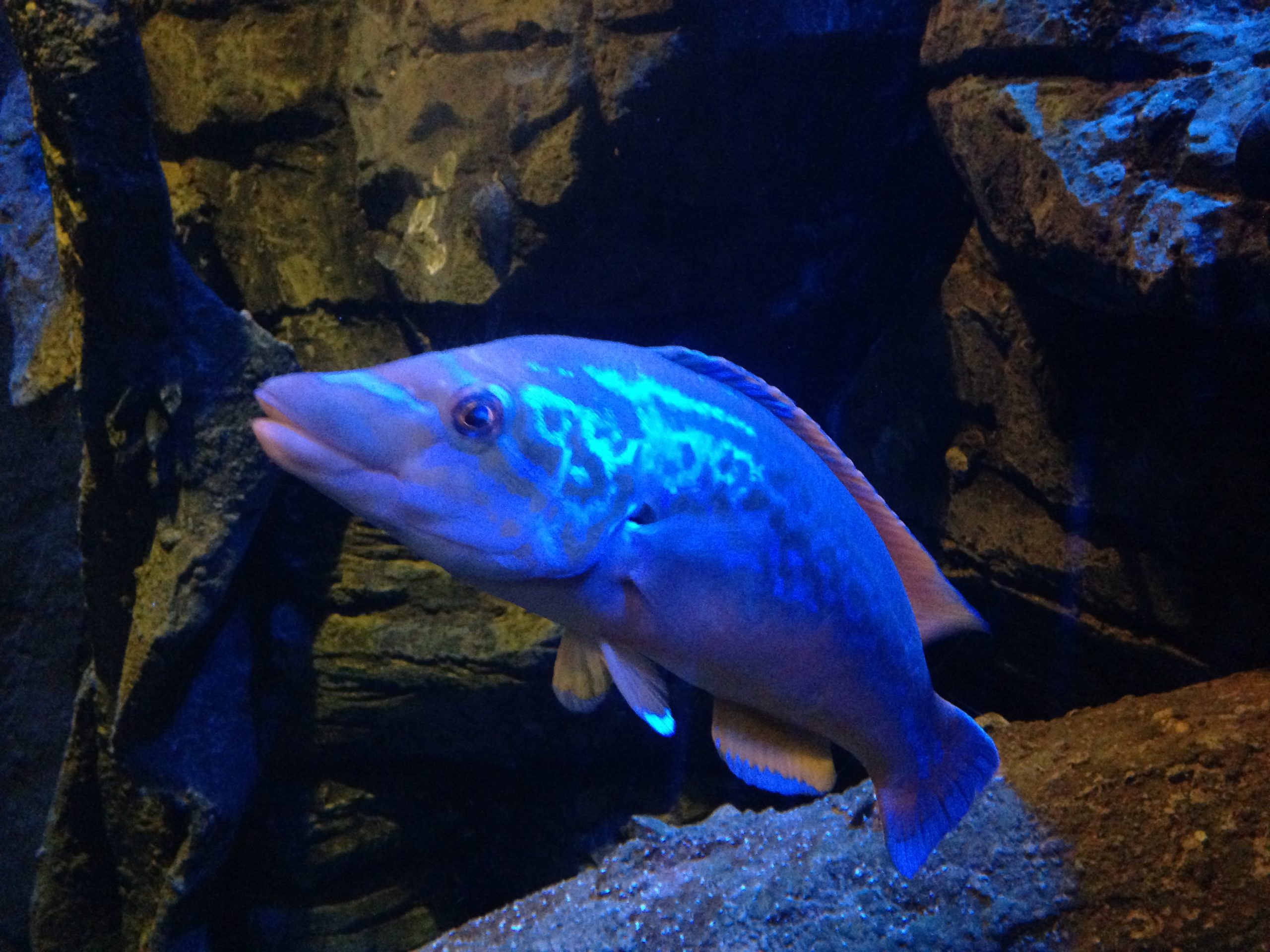 Although the Cuckoo Wrasse has bright colours similar to that of tropical fish it is infact native to the eastern Atlantic Ocean from Norway to Senegal, including the Azores and Madeira. Along with other wrasse species found around the UK the Cuckoo Wrasse prefers to live in rocky coastal areas where there are plenty of hiding spots for them to shelter in.

Cuckoo wrasse can grow quite large and have a slender body so they can manoeuvre around rocks . Their colourful markings make them easy to identify in our St Mary’s island exhibit. The female is orangey-pink with black and white spots on her back and the male has electric blue markings on his head and back. All Cuckoo Wrasse are born female with only a single wrasse in the group becoming male. If the sole male pf the group is to die then the most dominant female in turn change in colouration and in gender to become male.

Cuckoo Wrasse have a special ritual for preparing the nest, during which they collect small stones. They will clean these stones in their mouth and scrape any grime off with their teeth. They then bind the rocks with seaweed and mucus to create a nest. The male invites the female to lay her eggs, which he will guard until the time comes for them to hatch. These wrasse have really strong lips for pulling crustaceans into their mouth and strong teeth in their throat to crunch the hard shells.