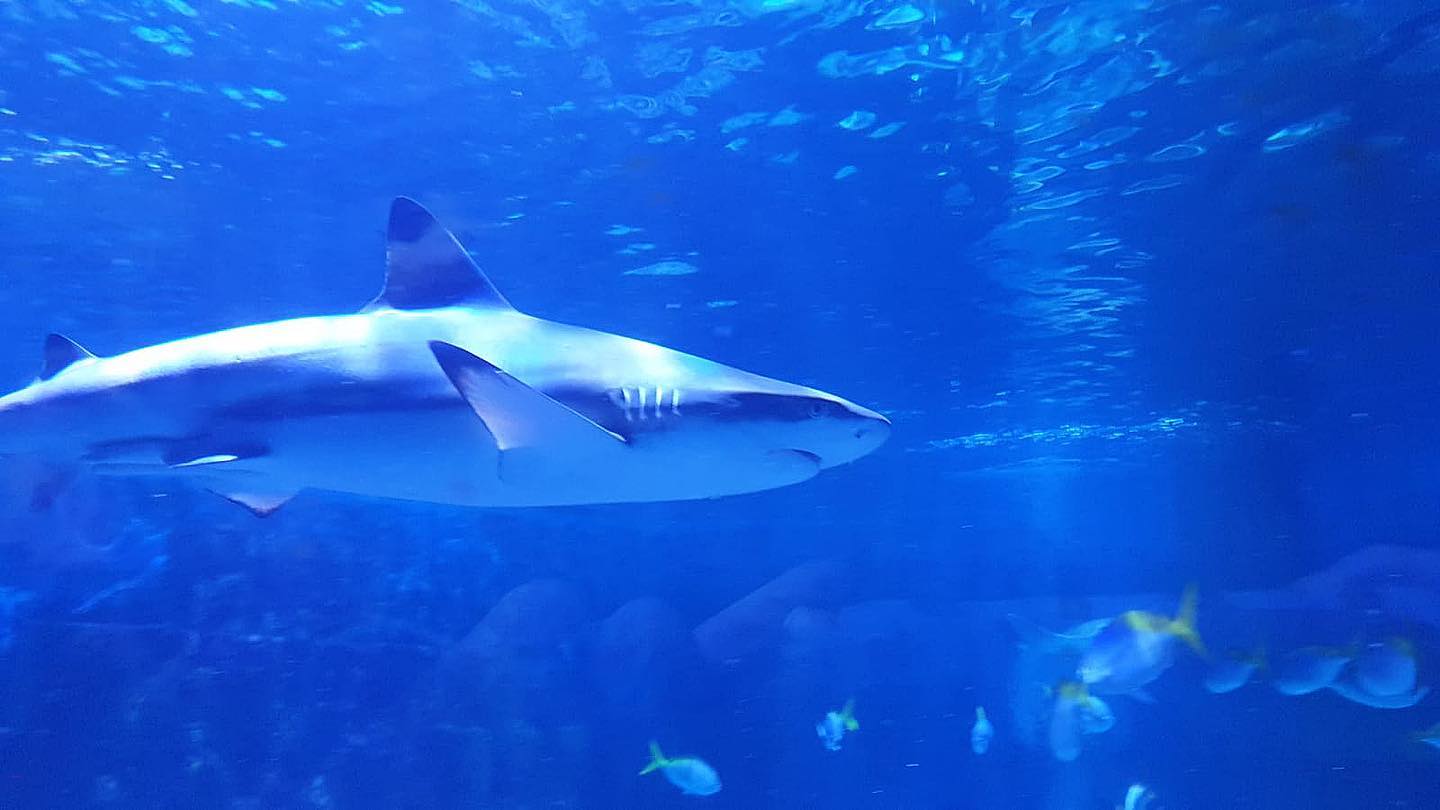 The Blacktip Reef Shark is commonly found in shallow tropical waters throughout the Indo-Pacific region. These shallow waters help to protect the Blacktip Shark from larger sharks whilst offering them a variety of prey in the heavily populated reefs.

These sharks are believed to be a timid species which is why they often form large groups in the wild with very distinct hierarchies.
Much like the names suggests the Blacktip Reef Shark has a grey body with very distinct black markings on the end of all their fins except their anal fin that is white. Although they can grow much bigger depending on their environment on average they grow to 1.6m long and weigh around 130kg. Their teeth are narrow and serrated which makes them perfect for tearing through flesh as well as allow for them to eat crustaceans and molluscs.

Blacktip Reef Sharks are very energetic hunters and can be seen propelling themselves out of the water and can rotate in the air. The height they achieve allows for them to complete 3 full rotations in their air. It is not completely understood as to why they do this but it is believed to be part of their hunting practices. They are also equipped with an amazing sense of smell with the ability to smell a piece of fish flesh in 10 billion parts seawater.

Blacktip Reef Sharks are becoming endangered as they are fished by humans for their flesh in cooking, their fins for the controversial shark fin soup and their liver for it’s oil. Their breeding grounds are also becoming more at risk because they rely on the coastal estuaries which are often disrupted by boats and bottom trawls. They are also victims like almost every creature in the sea to the huge pollution that is making it’s way into the oceans around the world.