The underwater world is a fascinating place, home to tens of thousands of creatures. Wander through the aquarium to meet species from all over the world, including the tropical waters of the Caribbean and the UK’s native shores.

From rays and coral reef fish, to seals and tortoise there are plenty of amazing marine creatures to spot.

Our brand new exhibit; River Giants takes you away to a tropical rainforest and brings you face to face with some giant fish.

Find out all about our creatures before your visit, and don’t forget to head along to our daily shows and feeds to get an even closer look at these stunning creatures.

Ready to meet all of the creatures at our aquarium? See our admission prices and buy your tickets online to receive a special discount. 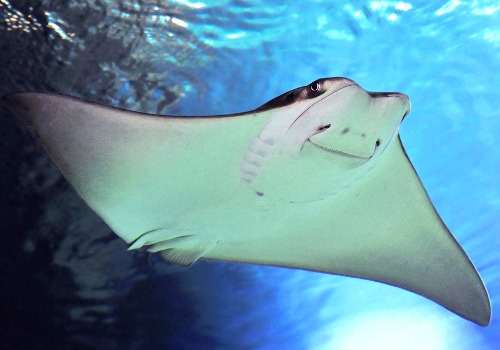 Cownose rays have earned their name due to their unique shape – their long and pointed pectoral fins, which separate with a crease into two lobes in front of their high-domed heads, gives them a likeness to that of a cow’s nose.

Where in the world: Western Atlantic and the Caribbean 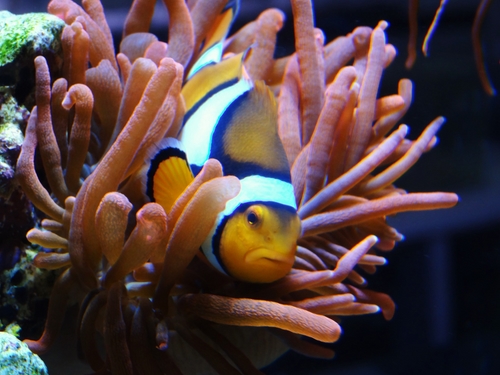 Common clownfish are one of the most beloved fish, thanks to Disney’s Finding Nemo film. Even despite their fame, they are rather amazing creatures with plenty of unique features. A special layer of mucus on their skins means they can live safely among stinging anemone tentacles. In exchange for calling these their home, clownfish clean and feed the anemones. 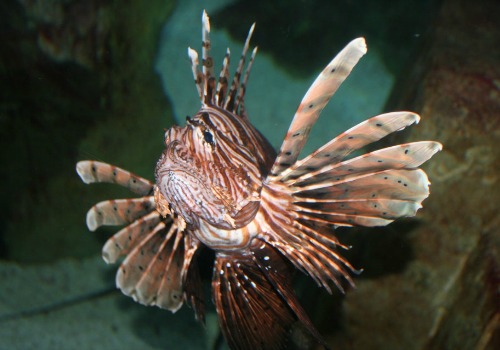 Lionfish have large venomous spines that protrude from the body like a mane, giving the fish its name. Each spine can measure up to 36cm long, and some lionfish have been known to have as many as 18 of these spines. When threatened, the fish will often face its attacker upside down, in order to better showcase its spines. 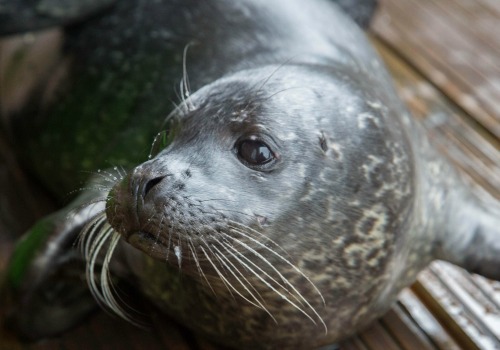 Despite spending most of their time in the water, seals are actually mammals. They are members of a group of animals called pinnipeds (which literally translates to ‘fin-footed’ from Latin), along with sea lions and walruses. There are two types of seals which are commonly found around the UK coastline: the harbour seal (otherwise known as the common seal) and the grey seal. We house harbour seals.

We have seal shows every day at 12pm and 3pm – make sure you don’t miss out on seeing these adorable creatures up close and learning more about them from our aquarists.

Where in the world: North Atlantic & North Pacific 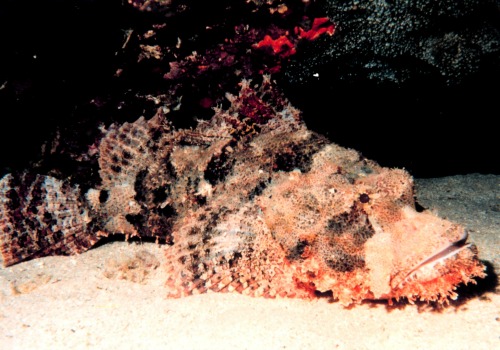 The stonefish is widely believed to be the world’s deadliest fish! Growing up to 26 razor-sharp spines along its back, this fish can seem rather ferocious. The spines contain highly toxic venom, and a sting can be fatal to humans if medical attention is not received in a few hours!

Symptoms of a stonefish sting include severe pain, difficulty breathing, abnormal blood pressure and heart rate, discolouration of skin, nausea, vomiting, fainting, seizures, paralysis, and shock – so it’s safe to safe you wouldn’t want to encounter one of these fish in the wild!