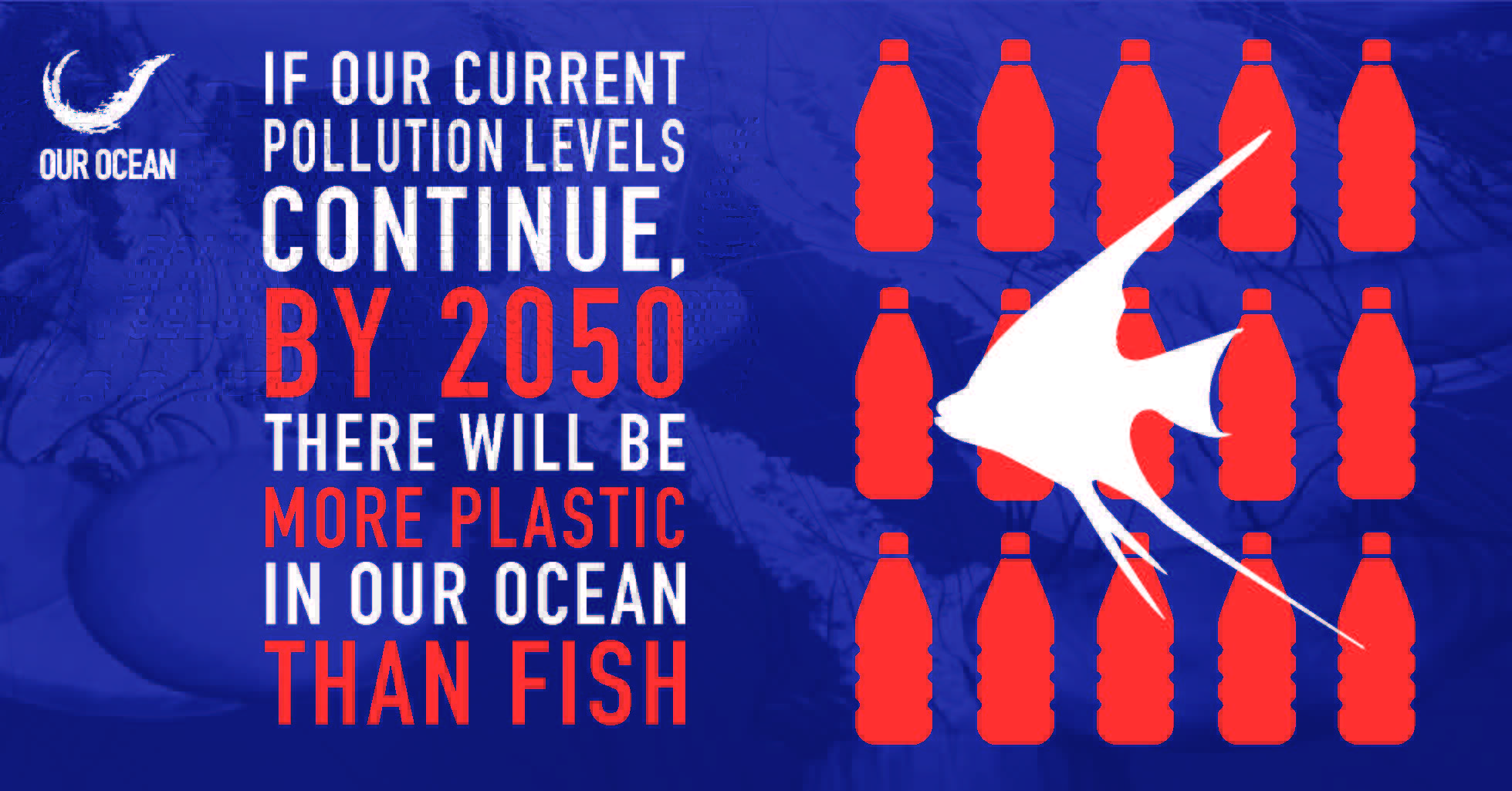 The ocean is one of the most expansive and diverse places on earth. It’s one of our most valuable natural resources and it’s where 230,000 marine species call home.

Unfortunately, despite its powerful expanses, the sea is not invincible – it’s being threatened by pollution from people on land, as well as by natural causes. As a result, marine life is dwindling at an alarming rate and many fish populations are being driven to the brink of extinction.

Fact 1: Most of the commonly found litter in our oceans comes from everyday items that we throw away without much thought. Cigarettes butts, fishing gear, food and beverages containers, papers bags, and single-use plastic products like carrier bags, bottles, and disposable utensils are among some of the most common forms of pollution found in the oceans.

Fact 2: Land-based sources of pollution – like agricultural runoff and untreated sewage (including plastic) – account for approximately 80% of the rubbish in our oceans, while the remaining 20% of marine pollution comes from ocean-based sources, such as the fishing, shipping, and cruise-ship industries.

Fact 4: There’s an island of marine litter in the Pacific Ocean called the North Pacific Gyre, or the Great Pacific Garbage Patch – it’s the largest oceanic rubbish site in the entire world. To put that into perspective, it is twice the size of Texas.

Fact 5: A survey off the coast of Monterey Bay, California, USA showed that we may be only scratching the surface (literally!) when it comes to ocean pollution – as they discovered that there’s a lot more rubbish to be found in the deeper parts of Monterey Canyon.

Fact 6: According to a study by the University of Georgia in the USA, enough rubbish ends up in our oceans every year to cover every foot of coastline around the world with five full bags of plastic waste.

Fact 7: If not disposed of properly, man-made waste like plastic bottles, aluminium cans, clothing items, and packaging materials can reach the sea and be washed back ashore where it pollutes beaches, poses health risks to the locals and, in some cases, affects their tourism industry.

Fact 8: Since 70% of the earth is covered with water, many assume that all pollutants will eventually dilute and disappear. However, that couldn’t be further from the truth: in reality, pollutants and litters don’t just go away after they’re dumped into the oceans – in fact, their effects can be easily seen once they enter the food chain.

Fact 10: As of the end of 2017, there was a 1:2 ratio of plastic to plankton, and the amount of plastic in the oceans was estimated to be about 150 million tonnes, which is roughly a fifth of the weight of all fish combined. If left unattended, plastic may well outweigh fish by 2050 – if that’s not a terrifying thought, we don’t know what is!

We hope these facts have made you realised that this issue is much larger and deserves more attention than just a blog read – we encourage you to share it around!